On July 21st, 1990 a beautiful princess was born. The parents decided to name her Porcha Simone. Little did they know, that beautiful princess with the head full of hair was born with the Sickle Cell Anemia Disease. This is not contagious, at all. Sickle Cell is a disease passed down through families in which the red blood cells form an abnormal sickle. Red Blood Cells carry oxygen to the body and are normally shaped like a disc.

Although her first crisis wasn’t until she reached the age of 5, she was not hospitalized until the age of 7. At 5 years old, this young lady experienced pain crises in her arms. Not enough to get hospitalized, because she was a trooper when it came to pain.

At 7 years old, she had her first hospitalization due to her spleen swelling and she also had to have a blood transfusion. Can you imagine your 7 year old getting a blood transfusion? NO! But, she remained a trooper in the during the time. Shortly after, she had to have a splenectomy at 8 years old, which she gained a stomach ulcer afterwards. She developed sleep apnea and asthma all before the age of 9.

Each season she suffers from pain crisis. Major weather changes such as rain, storm, thundering etc. her body suffers to adjust.

At the age of 12 she had her gallbladder removed.

But, let me tell you. This child did not like to show her pain. You could not tell she was in pain if you didn’t know her. She would play it off so well just to fit in with everyone else and not be isolated from everyone. She knew if she showed even an inch of pain, her mother would have her guzzle down a bunch of Gatorade to make sure she was well hydrated, and make her sit out from activities that she clearly wanted to be apart of… 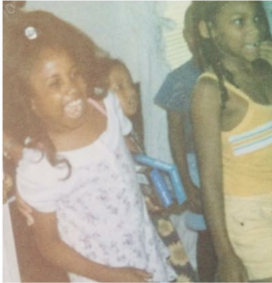 I’m sorry Porcha, your health is much more important.

She had her tonsils and adenoids removed by 11 years old. She also developed acute chest syndrome and almost experienced death. She fought that battle and beat it, another win under her belt. She was such a great fighter in a little body. 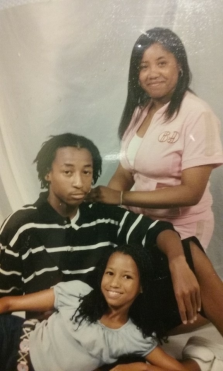 By the time she was almost complete with high school, she had been hospitalized for so many days that she fell so far behind and teachers were not understanding. The pain medicine and the long hospital stays, she was behind all of he classmates and they held her back a grade.

Porcha quit high school. But she didn’t stop there…. She gained her high school diploma at a job corps and also became a CNA shortly after being held back.

UNC Chapel Hill saved her life multiple times. One of her long stays at the UNC chapel hill hospital. They gave her a photoshoot and reminded her on how beautiful she was on the outside of all the pain she endured.

As she grew older, the fight grew a little tougher each time. Her body got weaker, and she’s had more blood transfusions. Within the past two years, she has been near a death situation at the hospital multiple times leaving her family worried sick. Each time she came out on top!!!! #Winning

Today in 2017, Porcha Simone is full of joy. Living life to the absolute fullest. She is 27 years old, and loved by so many. This happens to be my older sister. She’s one of the strongest people I know. When I think of strength, I think of her. I’m 3 years younger than her. Growing up it wasn’t easy seeing my older sister go through this. Especially since I was her little shadow. Everywhere she went, I wanted to be right there. She got no privacy from me. 🙂 I was that annoying sister. I admired her, and I still do.

Please never give up. I’ve seen you fight through so much, I know you can win any battle that comes your way. You’re loved by many. When you’re around you bring great joy and laughter to us all. Please never quit fighting. LOVE YOU!

Hey! I'm Jade. I always have ALLL the tea. I serve good tea, with lemon. I do this as a hobby because I am a stay at home wife with two little minions and one standard poodle. My husband serves for the armed forces. Things I like to do, are modeling, gossiping (Good Gossip), talking about my children, traveling, and enjoying life. View all posts by winewithjade101

I married the man of my dreams in October 2012. He gets on my LAAAAST nerve. We love each other so much though. Often we do lame things as a couple, and it’s totally fun. Sometimes he can do some of the DUMBEST things around the house and in general. I’ll be sharing some of those moments with YOU!